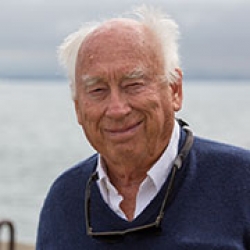 I am a biological oceanographer specializing in biogeochemistry and modeling, and studying the interaction of phytoplankton, nutrients (primarily nitrogen and silicon), and CO2. My current research is focused on the causes of low productivity in the San Francisco Estuary/Delta ecosystem and links to anthropogenic inputs of ammonium. Our lab measures nutrient and chlorophyll, with nitrogen and carbon uptake by phytoplankton that are incorporated into models to predict where and when high phytoplankton levels (blooms) can be expected. We contribute to the development of the Bay coupled circulation and biogeochemical model, SCHISM/CoSiNE. We also study the productivity of the Gulf of the Farallones and its links to San Francisco Bay outflow. Another current focus is on the role of the California Undercurrent in linking and providing nutrients to the upwelling centers and possible effects of climate change on the undercurrent nutrients. For context, I pioneered the use of the stable isotope 15N as a tracer in aquatic studies that enabled primary production by phytoplankton to be separated into production based on the input of "new" nutrients or on regenerated nutrients, and the concept of new production, now a basic paradigm of biological oceanography that allows the estimate of primary production available for export up the food chain or downward to the deep sea and sediments. Most of my research has centered on coastal and equatorial upwelling ecosystems.  I constructed a silicate pump model linking silicate with nitrogen cycling that addressed the question "why isn't the equator greener?" and provided an alternative to the Fe hypothesis. Our silicate-limited productivity model has been incorporated into a general circulation model for the Pacific Basin, California coast and San Francisco Bay system.