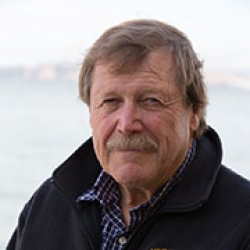 My background and research interests are in environmental studies and conservation biology. I originally came to San Francisco State in 1990 as Coordinator for the then-new SFSU Conservation Biology Program. In the early 1990’s, I was Acting Manager for the SF Bay NERR and led the effort to have it officially designated in 2003. Also during that time, I worked on tidal wetland vegetation projects from South SF Bay to the Delta. I recently received my PhD in Environmental Studies at UC Santa Cruz, where I conducted research on the influence of the summer marine layer on maritime chaparral. For the last 20 years, I have worked with colleagues to develop a systematic treatment for the woody genus Arctostaphylos.