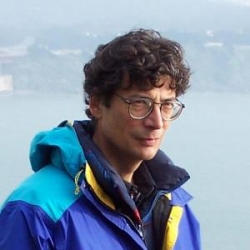 Greg is a marine ecologist with active research interests in invasion biology, biogeography, and ecology in coastal marine ecosystems. He heads a research group of about 40 full-time biologists, based at the Smithsonian Environmental Research Center (SERC) laboratories, located on Chesapeake Bay and San Francisco Bay. Most of his research explores the patterns, mechanisms, and consequences of marine invasions at a multiple spatial and temporal scales. He conducts extensive comparative measurements and experiments among estuaries along the Pacific and Atlantic coasts for North America.  A Senior Scientist at SERC for over 25 years, Greg also is a Research Professor and founding co-director of the Aquatic BioInvasion Research and Policy Institute at Portland State University. Greg has published over 140 scientific articles as author or coauthor, focusing primarily on marine invasion ecology and management. He began his career in California and has broad interests in marine biology and dynamics of coastal ecosystems. Greg holds a Ph.D. in zoology from University of California, Berkeley and a B.A. in aquatic biology from the University of California, Santa Barbara.